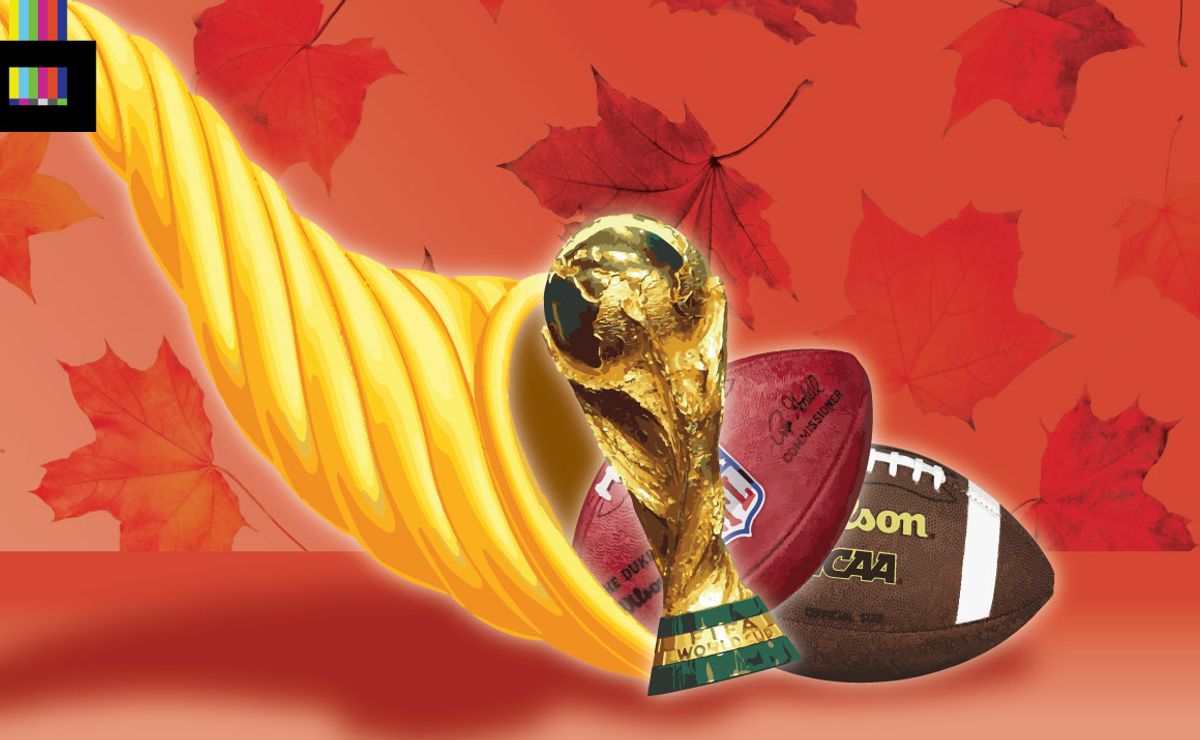 Thanksgiving weekend has sports fans covered, regardless of what leagues, competitions, or teams they follow. It all starts on Turkey Day and runs through Sunday night. From sunrise to sunset, and a bit to either side, all the major sports are on your TV.

The largest of those competitions is the World Cup. Thursday ends the first round of group stage matches. Cristiano Ronaldo and Portugal play against Ghana (11 am ET). This is a familiar tie that dates back to 2014. Next, World Cup favorites Brazil take on one of the World Cup underdogs, Serbia (2 pm ET).

However, Thursday also has football, a classic Thanksgiving tradition. The Dallas Cowboys and Detroit Lions always play during the holidays. However, the Cowboys face one of their biggest rivals, the New York Giants, in a Thanksgiving treat (4:30 p.m. ET). Both teams have winning records, which is downright rare for both franchises at the same time in recent years.

However, that’s just the beginning of the Thanksgiving treats in the world of sports this weekend. As you sit down to enjoy your leftovers, Fridays, Saturdays and Sundays bring more amazing events to the millions of people who watch them across the country.

Also, the best way to watch all the events before and after is through fuboTV. The fuboTV streaming service has access to FOX and FS1 for its World Cup coverage. In addition, it has CBS and NBC for any American football, both college and NFL.

Friday has the big one, at least according to FOX’s coverage of the World Cup. The United States, who drew against Wales in the first game of their World Cup campaign, take on England (2 pm ET). The Three Lions, among the favorites to win the entire tournament, overcame Iran with a 6-2 victory on Monday.

With another victory, England can secure another place in the knockout stages of the 2022 World Cup. However, the United States are determined to get back on track with an opponent that is something of a match for the Stars and Stripes. Coverage of the England-United States contest is Friday at 2 pm on FOX.

FOX also has coverage of one of the biggest games of the college football season on Saturday. Rivalry weekend always comes the weekend after Thanksgiving, providing some of the best sporting moments. The Iron Bowl, the Oregon Civil War and other rivalries are one thing. Michigan and Ohio State, colloquially called ‘The Game’, have their biggest battle in years. The No. 3 and No. 2 teams, respectively, play virtually for a spot in the College Football Playoff.

Finally, looking towards the end of this weekend, the NFL game slate features a beautiful, action-packed sports weekend. Of course, throughout this four-day stretch, there are World Cup matches. And if anything, the unpredictable nature of the tournament thus far proves that fans need to watch every game because anything can happen.