By Adam Baskin: Eddie Hearn says he is confident Chris Eubank Jr will make weight for his fight against Conor Benn in 13 days, on October 8, on DAZN pay-per-view at London’s O2 Arena.

However, he still has to make the catchweight of 157 pounds and deal with the rehydration clause, believed to be 10 pounds. If Eubank Jr arrives overweight, he will be penalized with a fine.

Depending on how much weight Eubank Jr. loses, it could be very costly for him and take away a portion of his winnings for the contest.

“He will be there at weight. He is a solid pro,” Eddie Hearn told Boxing UK of his belief that Chris Eubank Jr will make weight for the October 8 fight against Conor Benn.

“I think Chris has been doing pretty well in preparation for this. I think with all due respect to Conor Benn, who I really like as a young man and as a fighter,” Simon Jordan told talkSPORT Boxing. “I think this is a very reckless fight on his part.

“I think if Chris Eubank is focused and ready, he will win this fight. Chris Eubank talks about fighting world champions, but he takes domestic fights because they pay him money.

“What he’s trying to navigate is a route to a vacant title. I don’t know if that’s what Chris Eubank thinks winning a world title entails, then that’s up to him. He’s lecturing Conor Benn about how he doesn’t fight on levels. Well, you fought George Groves and Billy Joe Saunders, and they both beat you.

“Conor Benn has also fought decent fighters. Granados, Algieri, Van Heerden, they’re all decent fighters who could be on their way down,” Jordan said.

“Chris obviously has more experience than Conor,” said Ade Oladipo. “I knew he was going to submit to Conor’s ability. Conor was ready to go.

“Chris is fantastic. He is so good at talking. He is a great conversationalist. Both of his fathers’ fights were for world titles. There is nothing at stake in terms of that. I think it’s a risky fight for Conor. You have to favor Chris.

“I would have to go with the biggest, strongest guy who fought at a higher level. They’re rolling the dice with Conor. If Conor wins, he’s an immediate superstar,” Ade said. 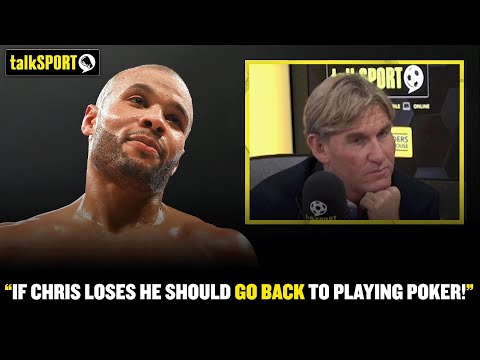