David James joined Liverpool in 1992 and arrived when his idol Bruce Grobbelaar was still between the sticks at Anfield, a time when modern luxuries weren’t always available.

While he first had to bide his time behind Grobbelaar, James played 277 games for the Reds during a period when titles ran out, with the 1995 League Cup as his first and only honour.

He is in direct contrast to Grobbelaar, who made 628 appearances and lifted 13 trophies in a glittering career for Liverpool that spanned 13 years.

The two became team-mates in 1992, but their paths crossed before then, and James recalls with This Is Anfield the time he made a mad dash in an attempt to help his idol.

“I’m a Luton Town fan so when I was a kid I used to watch Bruce play at Luton,” James explained.

“And when I was a trainee at Watford, Liverpool came along, it was a sunny day and Bruce didn’t have a baseball cap. 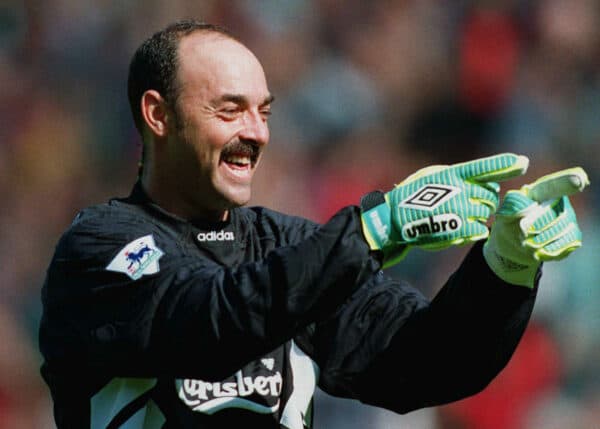 “And I ran to the store in Watford to buy him a baseball cap! He put it down again, he had Watford and he looked at it and said ‘oh I can’t use that’.

“I said ‘oh no. I almost pissed off my idol!

“But seeing Bruce when I joined the club was incredible, he is an incredible man. It was a wonderful association.

“I like Bruce’s goalkeeping style, so you like the person even if you don’t know them. When I joined the club he was as good as I thought he would be.”

And the relationship with Grobbelaar will have been key for James, as Liverpool did not hire a goalkeeping coach in the early 1990s, not to mention that Melwood at the time was a stark contrast to the AXA Training Centre.

“The first impression [of Liverpool] I was changing here at Anfield, jumping on a bus and then driving to Melwood to train because it was literally the pitches and that was it,” James explained.

“We didn’t have a goalkeeping coach either, so it was a bit different for me because at Watford we had one. Many things were different in that regard. 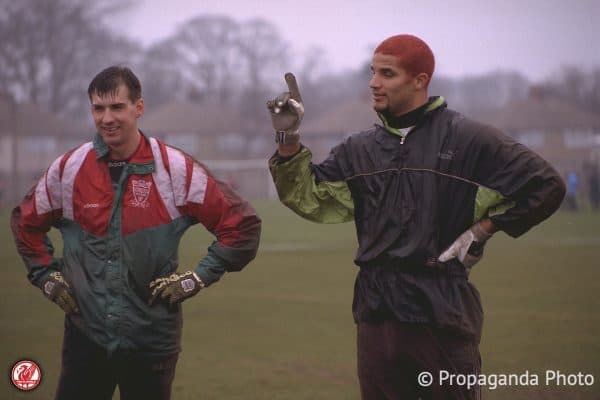 “A good memory was when it was cold and we changed here [Anfield]going to train in Melwood, getting soaked and muddy and sitting on the bus on the way back with no air conditioning so all the windows were fogged up.

“That doesn’t happen today! I can’t imagine Jurgen and the team getting on a smoking bus!”