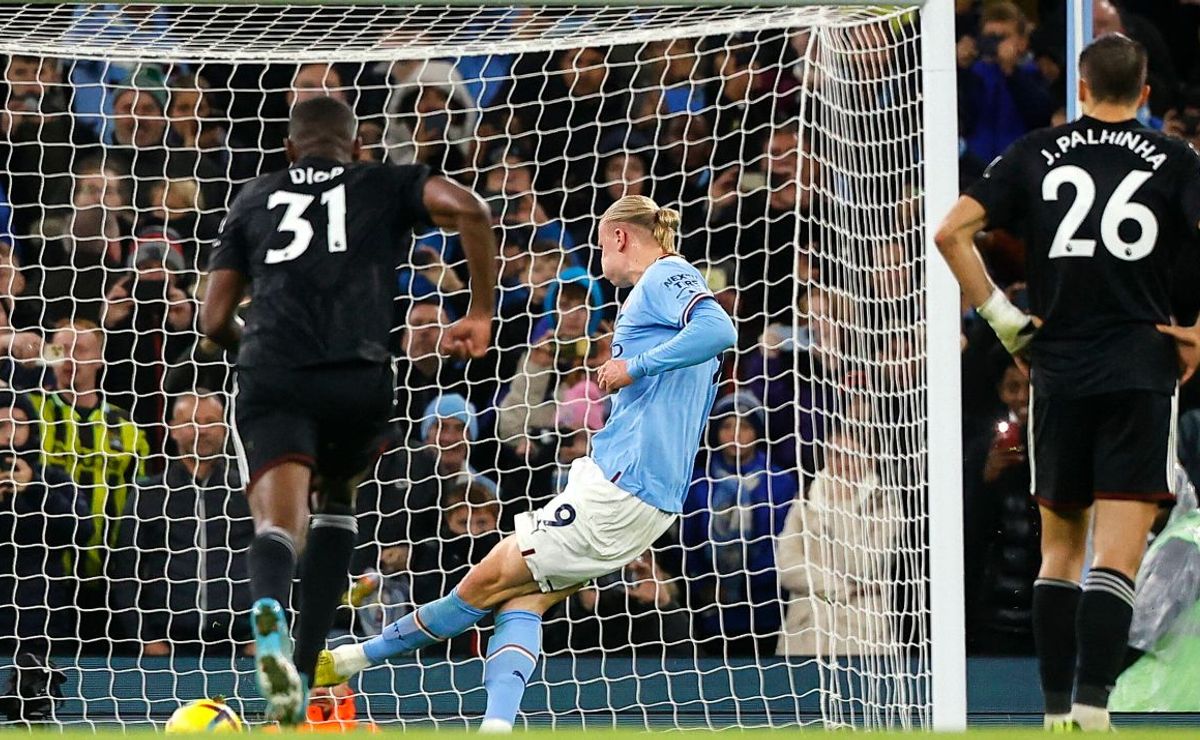 Manchester City beat Fulham at home 2-1 on Saturday. A win for the reigning Premier League champions against a newly promoted team may not come as much of a surprise. However, City had to play a man down for more than 65 minutes in the match.

Joao Cancelo was sent off after fouling a Fulham player inside the box. The visitors also received a penalty, but Cancelo saw red for not having tried the ball.

Superstar striker Erling Haaland started the game on the bench for the game. The Norwegian international has been absent after suffering a slight muscle injury in a Champions League match. However, Haaland entered the fray in the second half and scored the result.

Haaland scored the winning goal from a penalty kick in the fifth minute of added time. After the match, the 22-year-old star claimed that the massive moment made him extremely nervous.

“I was nervous [for the penalty]. It was one of the most nervous moments of my life, but fantastic,” Haaland told Sky Sports. “A penalty at the last minute, of course I would be nervous. But an amazing feeling.”

He also stated how happy he was to be back on the court after recovering from the injury. “I’ve been injured for a week and it’s really important to win,” said Haaland. “I want to play every game. Hard [to be on the sidelines] but in the end we needed three points and that’s what we got. I am so tired, but so happy. You have no idea.”

Haaland also proclaimed that no other team could play as well after sticking to 10 men for so long. “When you go 10v11 for 70 minutes it’s tough, I don’t think any team will do as well as we did today,” the striker told BBC Sport.

The victory puts Manchester City in first place in the Premier League at least for the day. Arsenal can return to first place with a victory on Sunday against Chelsea.