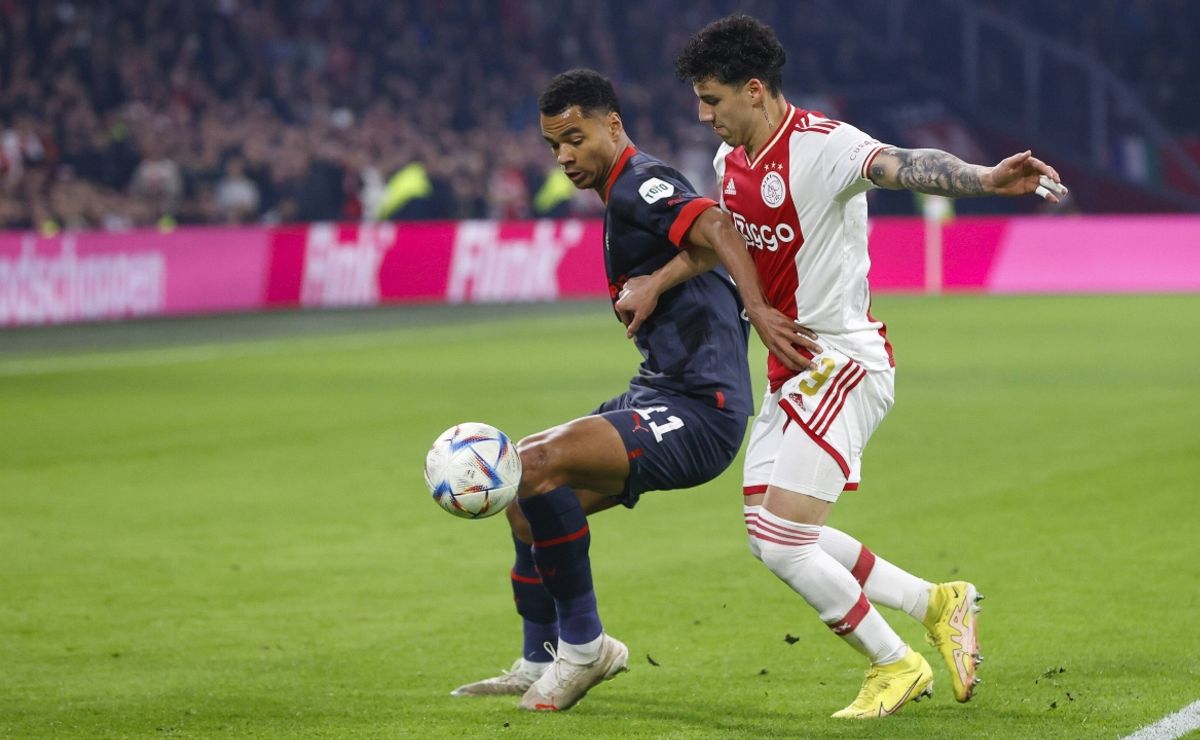 Reports claim that a minimum of 10 Premier League clubs have sent scouts to watch PSV play Ajax on Sunday. 90min claims that Arsenal, Chelsea and Manchester United had representatives in Amsterdam for the match. These great teams were also joined by scouts from Everton, Leeds, Leicester, Newcastle, Nottingham Forest, West Ham and Wolves.

Both Eredivisie clubs have multiple highly rated players that are eyed by teams across Europe. However, it seems that PSV’s Cody Gakpo was perhaps the main draw of the night.

Gakpo, 23, is a talented winger who can play anywhere in the forward three. The Dutch international already has an incredible nine goals and 12 assists in just 13 league games so far this season. He has also performed well in the Europa League. Gakpo racked up five goal participations in as many matches in the competition.

As the deal with United failed to materialise, Gakpo could also have gone to Premier League clubs Leeds and Southampton. However, these options also failed and Gakpo stayed at PSV.

Along with Gakpo, Edson Alvarez, Mohammed Kudus, Ibrahim Sangare and Xavi Simons are also drawing interest from Premier League sides. Álvarez was a target for Chelsea during the summer transfer window. The defensive midfielder is a Mexico international and could eventually leave Ajax for around $50 million.

Sangare has reportedly been targeted by a host of clubs, including Barcelona, ​​Liverpool and West Ham. Everton and Borussia Dortmund also have an alleged interest in Kudus. Arsenal fans spotted Simons during their Europa League group matches against PSV this fall. The 19-year-old midfielder appears to be a future star in the sport.

PSV finally won the game against Ajax at the weekend. Goals from Luuk de Jong and Erick Gutiérrez sank the defending Dutch champion.