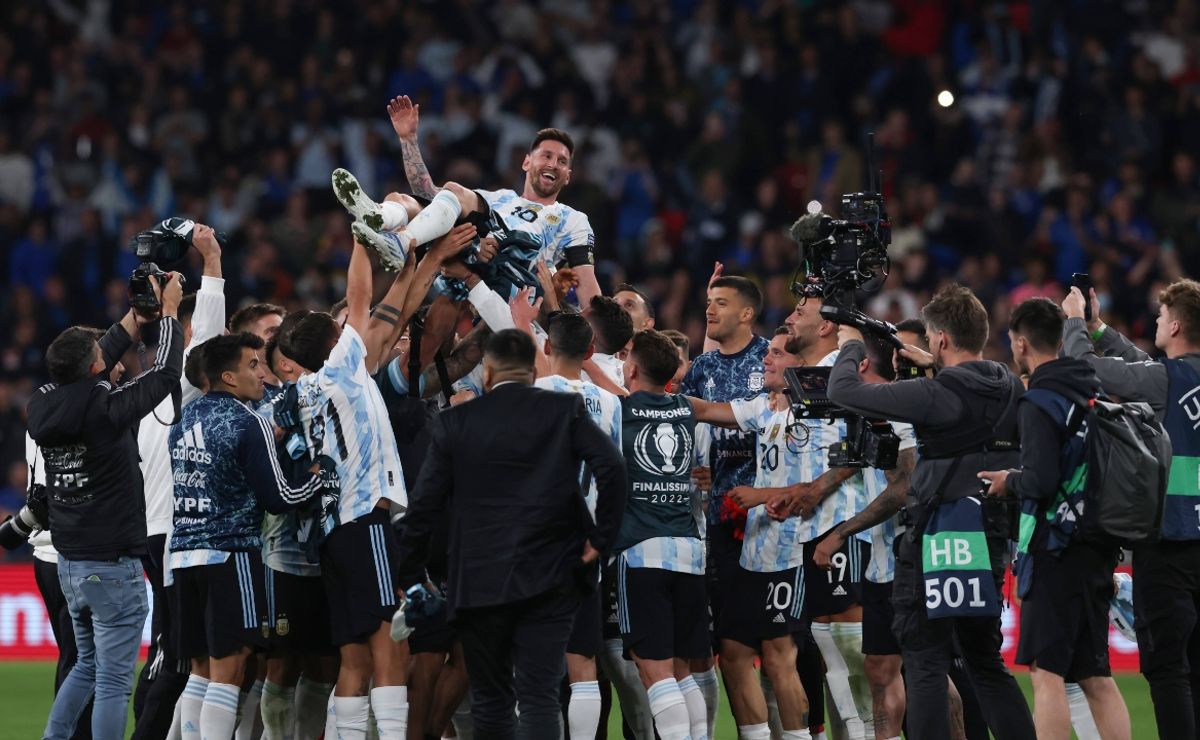 A trailer for a new Netflix documentary about the 2021 Copa América tournament in Brazil has been released. Sean Eternos: Champions of the Americas highlights Argentina’s historic run to the tournament title.

Perhaps the most intriguing of the series was Lionel Messi’s speech before the Copa América final against Brazil. The normally quiet superstar delivers an epic team talk that even took her teammate Angel Di Maria by surprise.

“Before the start of each game, [Messi] speak. But this last speech was different. He lost his mind,” says Di María in the documentary series.

The documentary has been released on Netflix Latin America. Although obviously in Spanish, Juani Jimena (@JimenaJuani) on Twitter helped with the English subtitles.

“We already know what Argentina and Brazil mean,” Messi began. “I don’t want to say anything today, just thank you guys. Thank you very much for these 45 days. I told you on my birthday, we have made a beautiful group and I really enjoyed it. Forty-five days where we traveled, ate, were locked up in hotels. Forty-five days without seeing our families, guys.”

The Argentina captain then goes on to say that two of his teammates recently had children and haven’t been able to spend time with them yet. He talks about the sacrifice they are dealing with.

“All for what? For this moment”, continued Messi. “Because we had a goal and we are very close to achieving it. And do you know the best of all? That this depends on us. That’s why we’re going to go out on the field and we’re going to raise the cup. We are going to take it to Argentina to enjoy it with our family, friends and those who have always supported us”.

Finally, Messi assures that God wanted the change of venue so that the Argentine can win the cup in Brazil. The tournament was moved outside of Argentina due to COVID-19 conditions in the country.

“The last thing, with this I end: there are no coincidences guys,” proclaims Messi. “This cup was going to be played in Argentina, but God wanted it to be played in Brazil, so that we can play in the Maracana and make it more beautiful for all of us. So go out onto the pitch with confidence and peace of mind, we’re taking this cup home.”