By Robert Segal: Joe Joyce will return to the ring in March following his spectacular victory over Joseph Parker last Saturday night.

No word on who Joyce will fight in March, but it will likely be a top 20 opponent. He’s probably not a Parker-class fighter because he’s already established himself as the interim WBO champion.

Joyce is now awaiting his title shot against unified heavyweight champion Oleksandr Usyk. He’s not going to waste that opportunity fighting someone risky.

Joyce (15-0, 14 KOs) became the first person to knock out former WBO heavyweight champion Parker (30-3, 21 KOs). With the KO in the 11th at the Manchester Arena in Manchester, England, Joyce accomplished what Anthony Joshua and Dillian Whyte couldn’t.

“From there, I can defend him or whatever. There are options. It feels good. I’m going to recover now, have a vacation and relax. It looks like I’ll probably be out in March,” Joyce said.

“Tyson Fury will fight Usyk in February or March of next year. I think Tyson Fury wins that fight,” Sam Jones told iFL TV. “Tyson could retire for a year or vacate the WBO. Joe will be elevated to the WBO. Joe is going to become heavyweight champion and he deserves it.

“That performance last night was worthy of winning a world heavyweight title. Last night, thousands of people saw how good it was. Now fans in the UK will be thinking, ‘I want to go to a Joe Joyce fight night.’

“Tyson Fury saw that, and he’s thinking, ‘He’s going to give me a good run for my money. Joe Joyce is close to 20 stones. Tyson Fury is not bullying Joe Joyce. No possibility.

“He could get past Joe, but he won’t stop him. He’s [Fury] I have to be there for 12 rounds because Joe will be breathing down your neck for 12 rounds, hitting you in places you didn’t know were there,” Jones said. 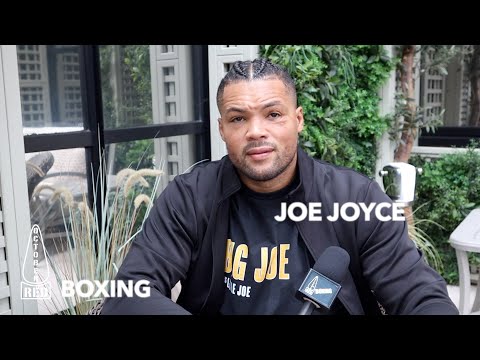