Manchester City have beaten Sevilla 3-1 in their Champions League game tonight and the third goal saw Riyad Mahrez shoot the ball into the opposition net.

City trailed 1-0 at half-time but goals from Rico Lewis, Julian Alvarez and Riyad Mahrez helped the Premier League champions turn the game around in the second.

The third goal came after Sevilla erred under pressure from City with Álvarez winning the ball back for the home team, the Argentine then choosing Mahrez who put the ball into the net and added a third and final goal for City. .

I needed this so much… Mahrez deserves so much respect… pic.twitter.com/wmrVALsKyJ

I believed in Riyad Mahrez and he is back. What a goal pic.twitter.com/YlRTSgzupc

City chasing each ball and getting your reward? pic.twitter.com/n98OtQ14Sz 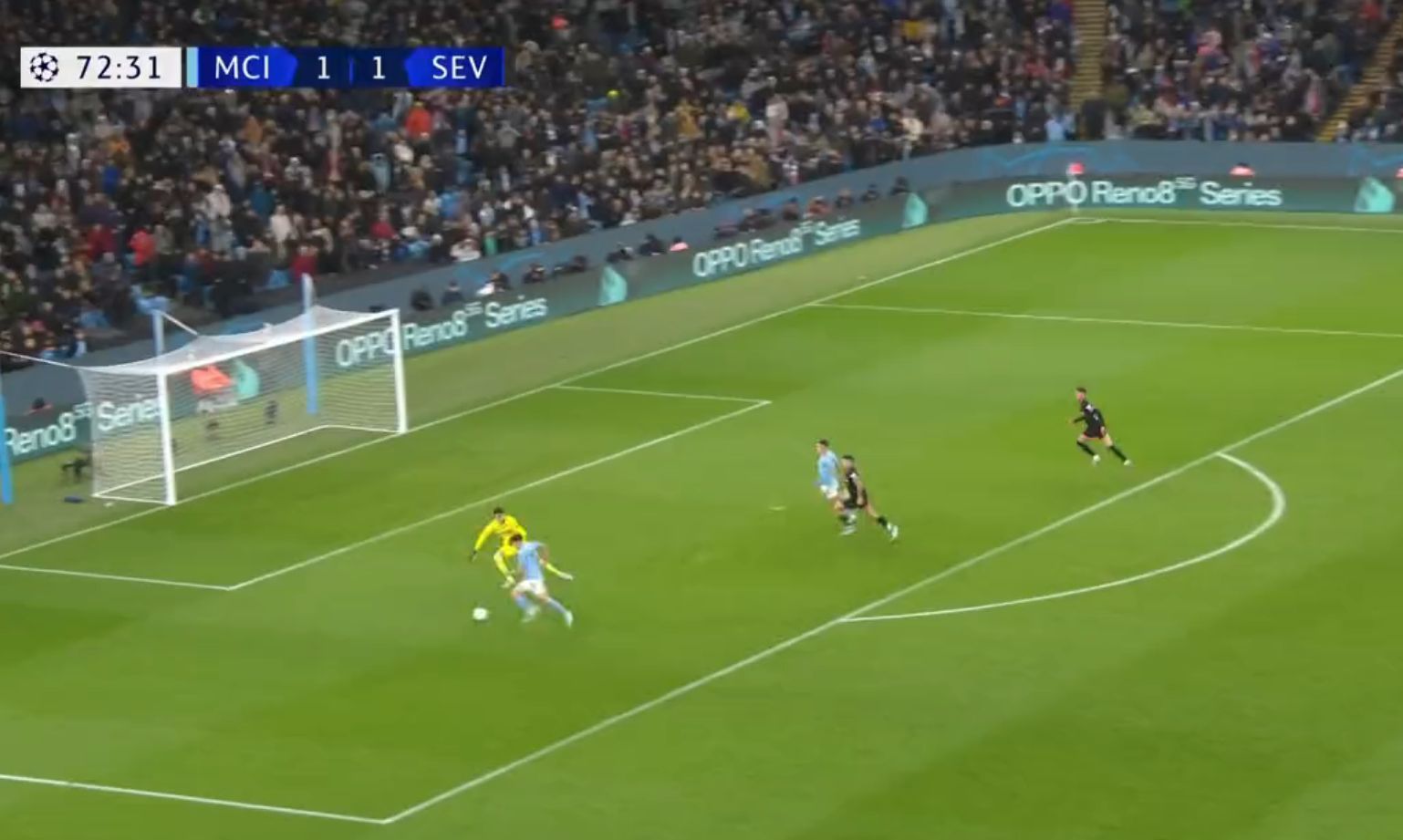 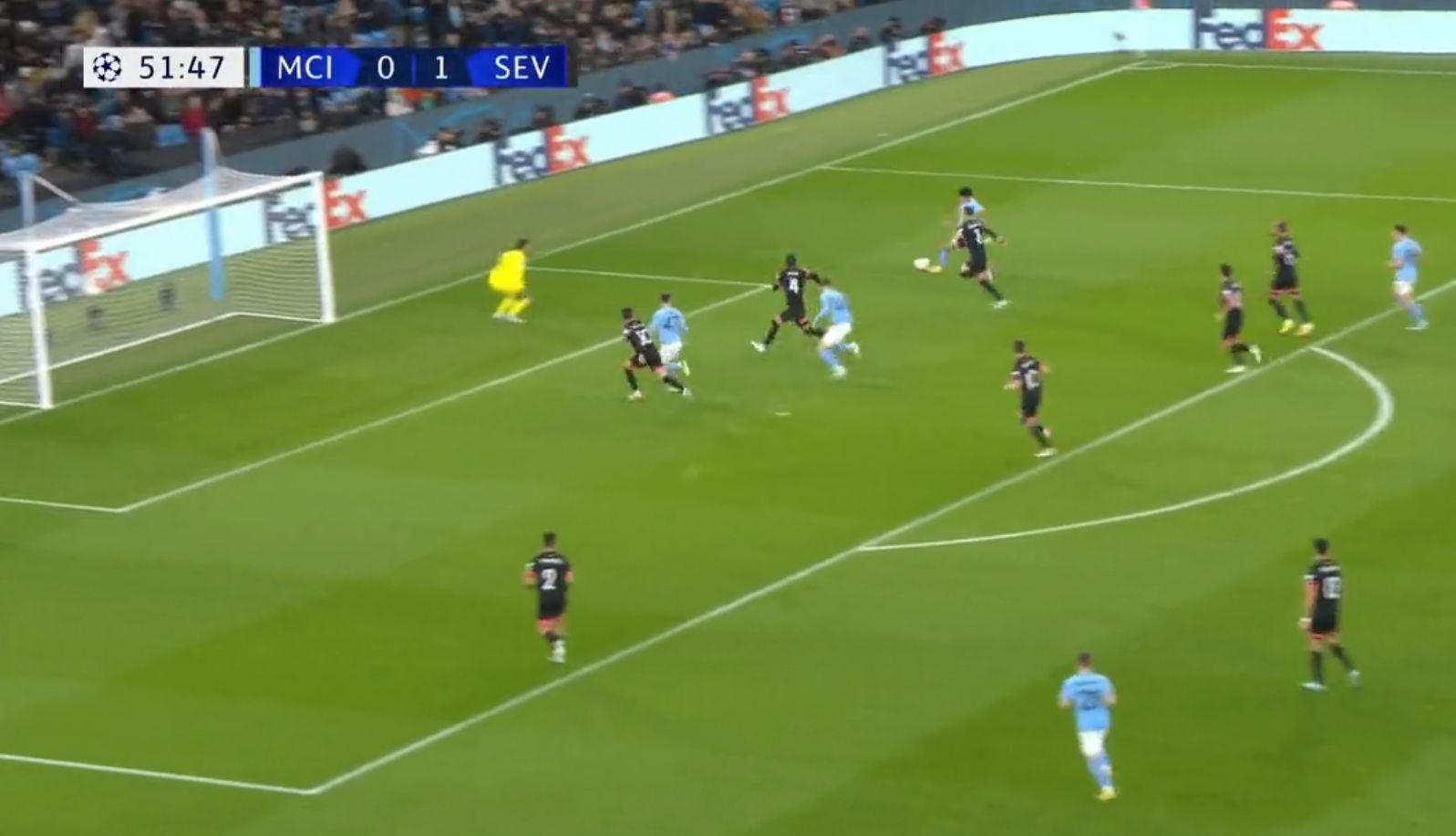 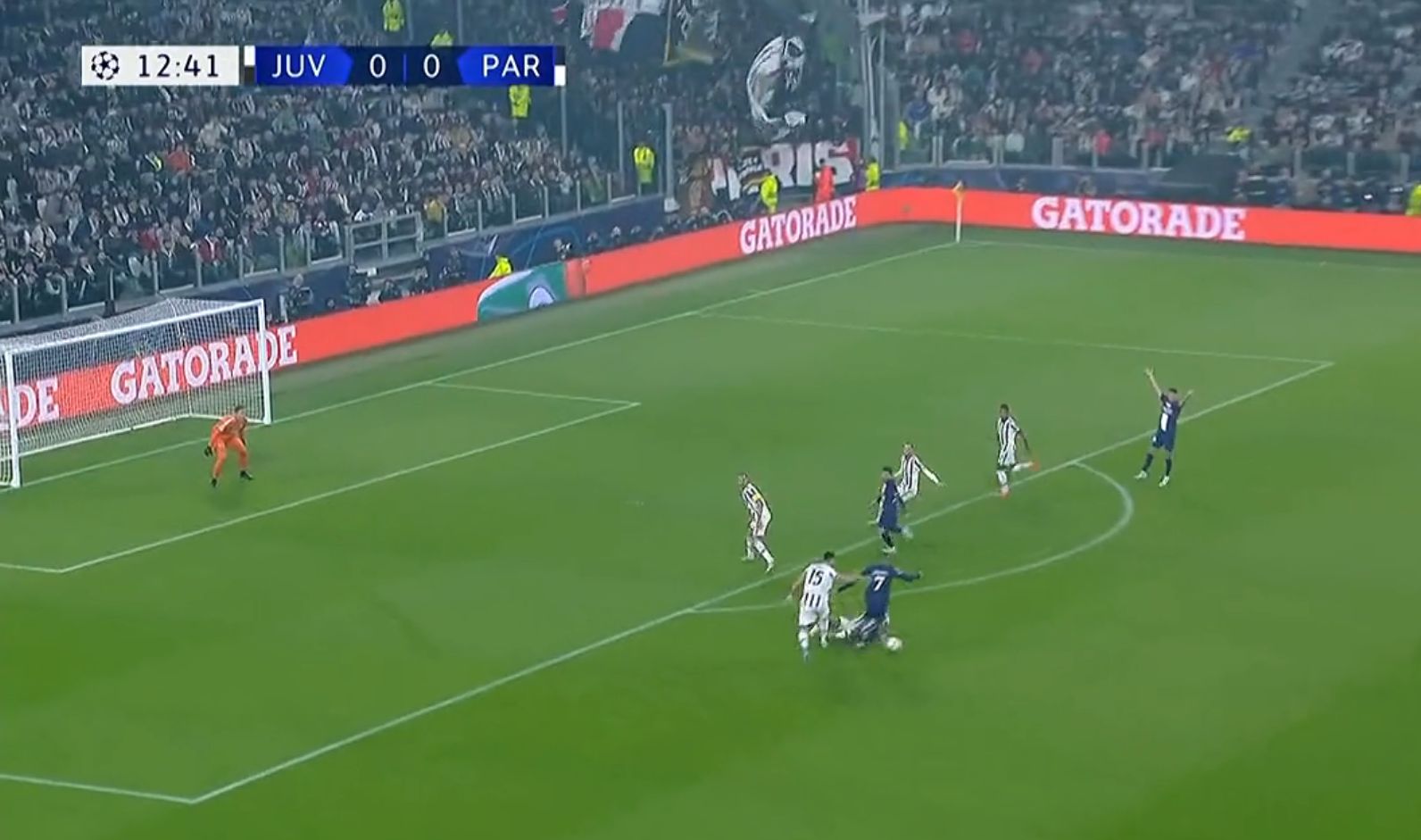