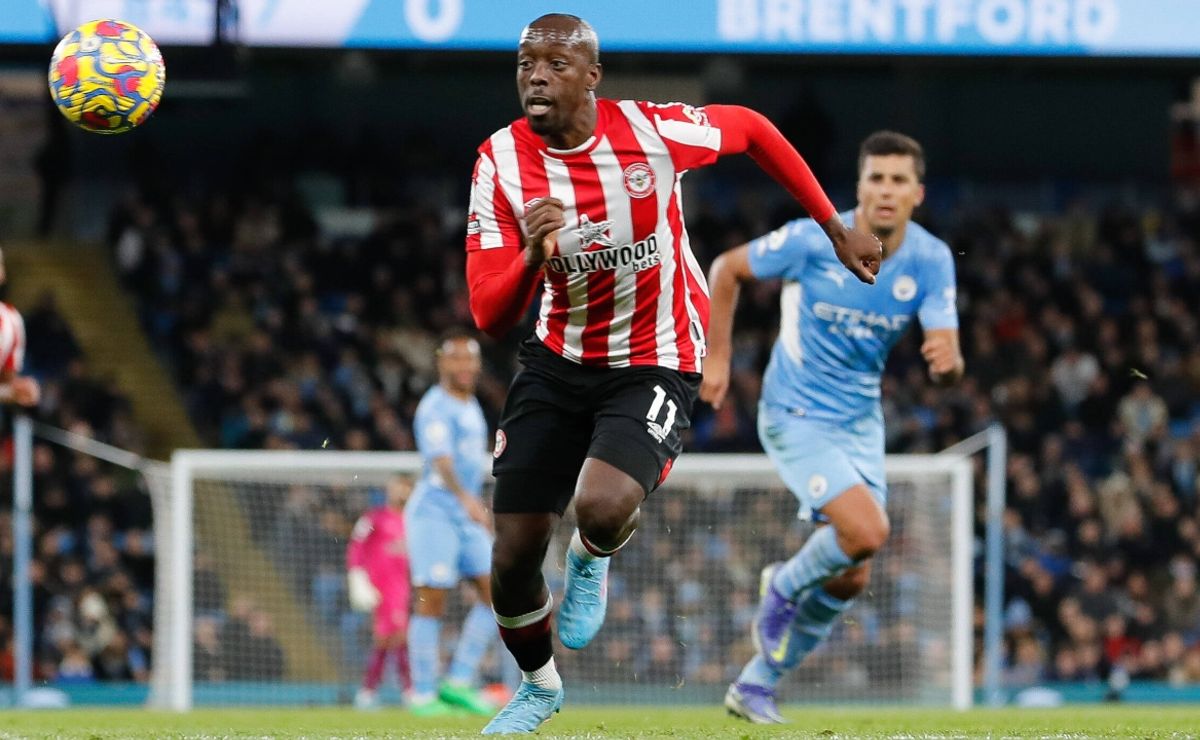 Brentford face a tough challenge when they travel to Manchester City for their final game before the World Cup, and it’s available to watch on US television.

The Premier League will host its final round of matches before the World Cup break. Manchester City hope to get into that break as close to league leaders Arsenal as possible.

To do that, Pep Guardiola’s charges must record a win over Brentford. The hosts will be boosted by the return of Erling Haaland.

The Norwegian made an appearance from the bench against Fulham on Saturday. He scored the game-winning goal and will start against the Bees.

Brentford are a team with the potential to surprise anyone in the Premier League. Their 4-0 win over Manchester United earlier in the season was proof enough.

Thomas Frank is smart enough to know that he won’t be able to take the game to the defending champions.

An early start victory on Saturday will return the Blues to the top of the Premier League. Meanwhile, Brentford continues to outgrow its limited resources and finds itself in 11th place.

Start Time: 7:30am ET / 4:30am PT – Saturday, November 12 Watch Now (in the US): Live on Sling Blue Commentators: Jim Proudfoot and Jim Beglin US TV: Match is on USA Network (available through Sling Blue)

Comparing the recent form of Manchester City and Brentford

The Blues have a near perfect record of their last five games. A 1-0 loss at Anfield is the only blemish.

However, City played well against the Merseyside club, despite the result. In their other four matches they have beaten Southampton, Brighton, Leicester City and Fulham.

In contrast, Brentford have slipped in their last five outings. They have managed just one win in five, which came on October 14 against Brighton.

The Bees have since drawn with Chelsea, Wolves and Nottingham Forest, as well as being demolished 4-0 at Aston Villa.

Frank will no doubt be worried about his team’s form, with Ivan Toney’s goals drying up. Things are unlikely to get any easier with a trip to the defending champions.

Manchester City will continue to be without Kalvin Phillips and Kyle Walker due to injury. Joao Cancelo was sent off against Fulham, but he will be able to play against Brentford after completing his suspension in the Carabao Cup.

Erling Haaland will return to the starting eleven after making a full recovery from injury.

Aaron Hickey is out with an ankle injury and will not travel to the Etihad Stadium. Other than this, Brentford has no availability issues.

Ivan Toney will return from suspension and will be eligible for selection regardless of a Football Association investigation into his betting.